The Ladies of SKYY have the distinction of being the last sister-trio still performing together in classic entertainment. SKYY’s episode of TVOne’s Unsung highlighted the Ladies of SKYY’s enduring efforts to represent the timeless music created by the band.  They are currently working on several new projects, which includes recording new music.  With a musical career that spans over four decades, the Ladies of SKYY have earned their rightful place next to the founding females of disco, dance, funk, hip hop and R&B music.Type your paragraph here.

The Ladies of SKYY, Denise, Dolores and Bonné Dunning, are the original female vocalists of the hit R&B/Funk band SKYY.  With a musical career that spans more than 40 years, the sisters are more vibrant than ever.  Continuing the legacy of SKYY’s music with their dynamic and engaging live performances, they national and international audiences alike.

Born and raised in Bedford Stuyvesant, Brooklyn, New York, the three sisters’ interest in singing flourished while attending FDR High School.  Their vocal training was crafted as members of various choral groups at the school.  As “The Sounds of Soul,” the sisters performed in numerous talent and variety shows.  Their unique stage presence and tight harmonies combined the influences from the male and female groups they listened to in the 60’s and 70’s.  Their fashion style was influenced by the The Supremes and The Shirelles, but they patterned their smooth routines after their love for The Temptations and The Four Tops. 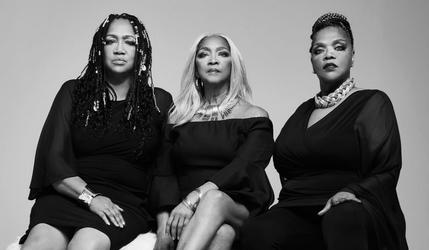 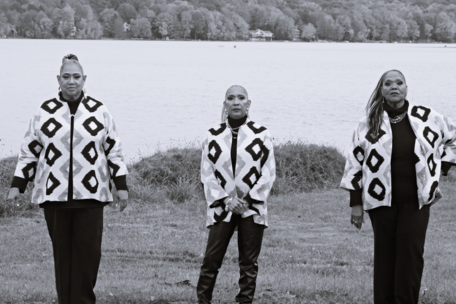 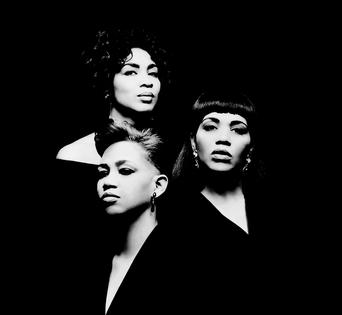 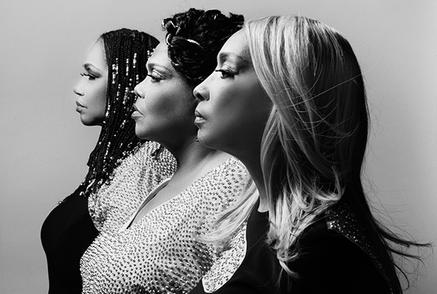 SKYY recorded ten albums and performed on several tours with A-list artists between 1979 and 1993.  They appeared on numerous television shows, including Soul Train, American Bandstand, Showtime at the Apollo, Solid God and BET with Donny Simpson.  They also appear in a commercial for Schlitz Malt Liquor with the Drifters, and their music can be heard in the sound tracks of two movies, “Action Jackson” and “Beauty Shop.”  After a professional run that spanned three decades, SKYY disbanded in 1993.

The continued popularity of SKYY’s music moved the Dunning Sisters to reemerge as “Ladies of SKYY” in 1996.  They have consistently performed nationally and internationally since then.  They reunited with their Salsoul label mates Joe Bataan, First Choice, Carol Williams, Instant Funk and Double Exposure for the Salsoul Reunion Concert in New York City.  Large venue performances have included three appearances in the prestigious City Parks Foundation SummerStage concert series in New York City and the Honda Center in Anaheim, California.  Their international concert dates have included La Grande Nuit De La Funk in Lyon, France, and The Corporate Elite Gala in Lagos, Nigeria.

In 1974, the sisters opened for Patti Labelle and the Blue Bells at the Miss Black America New York State Pageant.  It was there that they met Randy Muller, producer and writer for Brooklyn-based band Brass Construction.  Quickly recognizing their amazing vocal talents, the sisters became the opening act for Brass Construction, performing under the name “DiLaRae.”  During their association with Muller, they sang background vocals on the albums of Brass Construction, Rafael Cameron, Mark Radice and Charles Earland.

In 1976, the sisters joined Solomon Roberts, Jr., Anibal Boochie Sierra and Gerald LeBon, and officially formed the band SKYY.  The band achieved top-20 position on the Billboard R&B charts with several of their albums and singles.  SKYY’s fourth album “SKYY Line” and the single from that album, “Call Me” both achieved number one and certified gold status.  Two more singles, “Start of a Romance” and “Real Love” released from their “Start of a Romance” LP, also achieved number one chart positions on Billboard’s R&B charts.